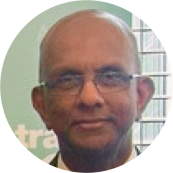 Bandula was appointed as a directer in November 2016. In October 2019 he was elected Chairman of the Board. Bandula is also a member of the Audit Committee and Remuneration Committee. Bandula is a freelance management consultant. He held senior management positions in the overseas development sector for 15 years and served in the Australian Council for International Development (ACFID) Code of Conduct for six years, including two as Deputy Chair. Previously, Bandula held senior management positions in several commericial organisations in Australia. Bandula is a member of the Australian Institute of Company Directors. 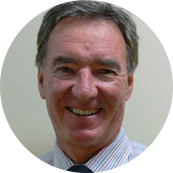 Rob joined the company in June 2014. He was confirmed as Chief Executive Officer and Company Secretary at the AGM in October 2014. Previously, Rob held CEO and senior management roles with Australian and US public listed manufacturing and construction companies working abroad in the UK and Middle East. Rob is currently a Fellow member of the Australian Institute of Company Directors and an executive councillor on the Australian Business Industries council.

Marilyn has been associated with the Company since 1981, working in head office administration, training and welfare support up until her retirement in 2000. She was first elected as a director in 1993. From 1980 to 1987 Marilyn was the Secretary/Treasurer of the Young Adults Multiple Sclerosis Society. In June 2016, Marilyn was successful in being elected to the office of President. 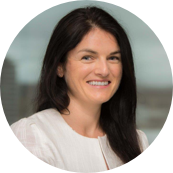 Raph has been employed with the Company since 1986. In 2005, Raph was appointed to fill a casual vacancy as a director, a position to which he was subsequently elected in 2006 and has continued in this capacity since that time. Raph is an employee in the Sydney operation Division. He has held many production-oriented positions and currently is a Supervisor responsible for the supported employees at the Horsley Park facility.

Peter has been employed with the Company for over 30 years. In April 2002, he was appointed to fill a casual vacancy for a director and was subsequently elected to that position in October of that year. He has continued as an elected director since that time. In 2013 he was appointed as Information Technology Manager.

Jane was elected as a director in 2017. Jane has been employed with the company for 16 years. Jane was initially employed as Welfare Officer and then in 2013 was appointed to her current position as Manager at Newcastle division. Jane is a Registered Psychologist and is a current member of the Australia Psychological Society. Jane has worked as a Psychologist in private practice and Employment and Correctional Services specialising in anxiety and trauma-based disorders. She has also worked for several disability service organisations.

John was appointed as a director in February 2020 and is also a member of the Audit Committee. John holds a Bachelor of Science, Dip Ed from the University of NSW and an MBA from the Australian Graduate School of Management, University of NSW.  He is also a member of the Australian Institute of Company Directors.  John is currently Managing Director and Chief Executive Officer of a national importer, distributor and manufacturer of technical engineered products and services.